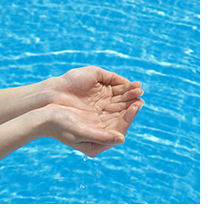 Water is such a commonly available and apparently straightforward liquid that most take for granted and the popular picture, derived from standard chemistry, of it being composed of an oxygen atom attached to two hydrogen atoms belies a quite detailed, complex structure. Standard textbook chemistry has an enviable history of genuine scientific success but it is actually confined by a simple scheme of charges interacting via static Coulomb forces; that is, it is totally reliant on electrostatics and omits all mention of electrodynamics and the consequent radiation field. It is this basic neglect which is responsible for the inability to recognise phenomena which are, in fact, dependent on that radiation field. This is doubly unfortunate since physicists and engineers are only too aware of this cause and effect since it is due to this dynamical effect that so many modern-day appliances work; for example, the electric light on which we all depend and the wifi connections which are assuming increasing importance in our lives. It has been speculated that a goodish percentage of effects in condensed matter physics make use of the radiation field in one way or another but it still doesn‟t seem to have found a place in much of basic chemistry.

This new paper [4] draws attention to the fact that water has been shown to contain electric dipole ordered domains due to a condensation of photons interacting with molecular dipole moments. These ordered domains yield an unusually high heat of vaporisation of water per molecule and this has been shown to imply a high degree of memory storage capacity. In a similar manner, it has been shown that the partial entropy per molecule of an ionic species dissolved in an aqueous electrolyte implies a large number of bits of information per ion. This number is, in fact, so high as to lead to the expectation of such ions being attached to an ordered water domain. This state of affairs allows for semi-permeable membranes which may either permit or forbid the passage of an ion through a small gap. This would be expected to depend in part on the state of order in the ion attachment. Such a situation, based on information or, equivalently, entropy, indicates a program for biological cells analogous to polymer DNA based programs. It is ion flows through membranes in nerve cells which allow human memory storage in nerve cell networks in the human brain. These possess roughly the same magnitude for biological information capacity density and it well surpasses the comparable figure for commercial computer memory devices.

It should be noted also that the magnetic properties of water are again of great interest. In fact, a coherent ordered domain in water shows almost perfect diamagnetism, although the total diamagnetism in water is weak. This follows due to the magnetic flux tubes being capable of permeating normal water regions just as they can permeate type two superconductors via their normal regions. Trapped magnetic flux tubes may also carry information and give some directionality to what would otherwise be isotropic pure water.

The domains in water also exhibit a rotating electric dipole moment. If an electric field is applied, strings of electric dipole aligned water domains are formed and many such strings form a dipolar field bundle of strings. If the field is applied by employing a voltage between two electrodes then the bundle will start at one electrode and continue to the other. These strings will have an effect on the entropy and, therefore, on the information capacity of the water memory. Further, according to the two fluid model of water structure, an ion could flow with virtually no friction through the bundle of strings from one electrode to the other.

Finally, it should be noted that, if the bundles of these strings are orthogonal to an applied magnetic field, ionic transport resonance effects can occur between the time varying part of the magnetic field and the cyclotron frequency associated with the uniform part of that field. 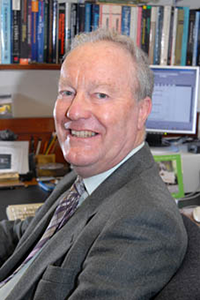