A special issue of the journal Homeopathy, journal of the Faculty of Homeopathy and published by Elsevier, on the “Memory of Water” brings together scientists from around the world for the first time to publish new data, reviews and discuss recent scientific work exploring the idea that water can display memory effects. The concept of memory of water is important to homeopathy because it offers a potential explanation of the mechanism of action of very high dilutions often used in homeopathy.

Guest editor Professor Martin Chaplin of the Department of Applied Science at London South Bank University, remarks: “There is strong evidence concerning many ways in which the mechanism of this ‘memory’ may come about. There are also mechanisms by which such solutions may possess effects on biological systems which substantially differ from plain water.” 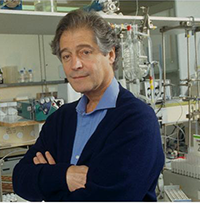 The concept of the memory of water goes back to 1988 when the late Professor Jacques Benveniste published, in the international scientific journal Nature, claims that extremely high ‘ultramolecular’ dilutions of an antibody had effects in the human basophil degranulation test, a laboratory model of immune response. In other words, the water diluent ‘remembered’ the
antibody long after it was gone. His findings were subsequently denounced as ‘pseudoscience’ and yet, despite the negative impact this had at the time, the idea has not gone away.

In this special issue of Homeopathy, scientists from the Czech Republic, France, Germany, Italy, Russia, USA as well as the UK present remarkably convergent views from groups using entirely different methods, indicating that large-scale structural effects can occur in liquid water, and can increase with time.
Such effects might account for claims of memory of water effects.

Commenting on the special issue, Professor Chaplin said: “Science has a lot more to discover about such effects and how they might relate to homeopathy. It is unjustified to dismiss homeopathy, as some scientists do, just because we don’t have a full understanding of how it works.” In his overview he is critical of the “unscientific rhetoric” of some scientists who reject the memory of water concept “with a narrow view of the subject and without any examination or appreciation of the full body of evidence.”

Professor Chaplin and Dr Peter Fisher, editor-inchief of the journal, agree that the current evidence brings us a step closer to providing an explanation for the claims made for homeopathy and that the memory of water, once considered a scientific heresy, is a reality. “These discoveries may have far reaching implications and more research is required,” comments Dr Fisher. (Source: Elsevier)